last weekend i had a twitch in my eye that could only be caused by one thing... a lack of crafting. so i phoned a friend and asked if i could borrow her kids, packed my car with an outrageous amount of supplies and went to play at her house.

valentines day was also on the brain and i just adore cheesy crafting goodness so i decided to show the kids how to make a love bug with yarn puffy balls...

are you looking for photos of the yarn puffy ball love bugs? you won't find them here, you'll have to visit the blog a well-seasoned crafter because my love bugs were a mega flop. honestly, i just didn't have the patience to figure out what i did wrong. so we moved on to something much easier. 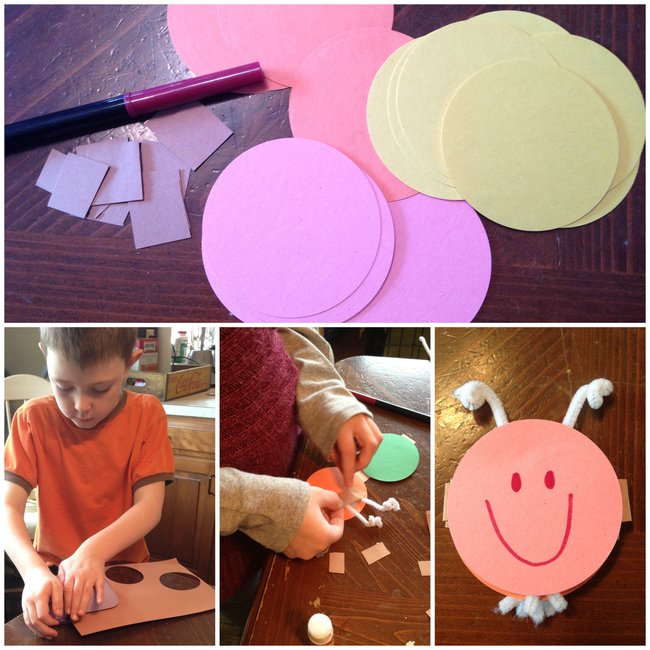 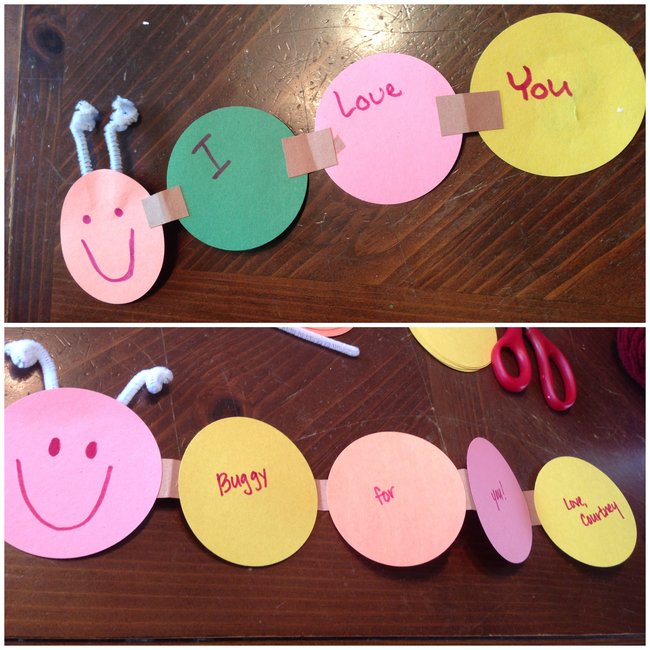 all it took to make these love bugs was a few circles, small rectangles to join the circles, some pipe cleaner and a marker. aren't they cute! 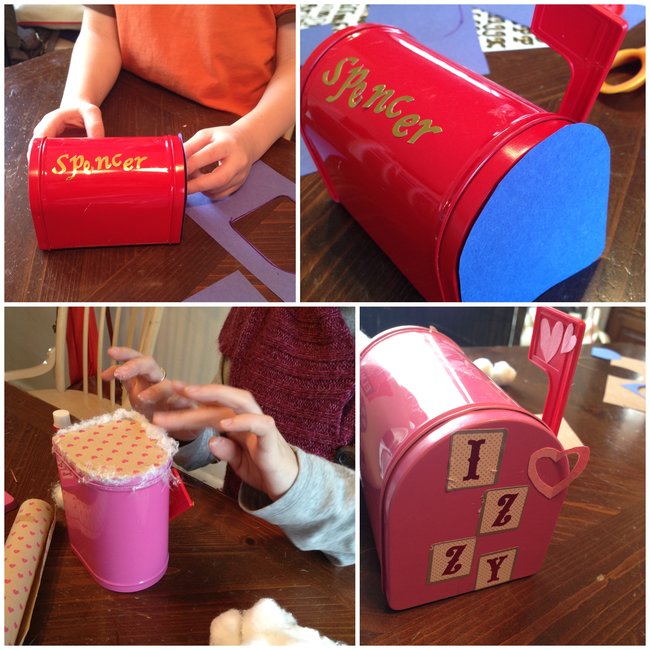 these mailboxes i found in the dollar bins at target. i snatched up a few for the kids to decorate as well as one for KJB + me. we're gonna be each others valentines this year... just seemed like the right thing to do. spencer added his name in gold then decided to covered it in blue paper in an attempt to make it more masculine. then he decided he would rather play his new video game so he lost interest. izzy added a pretty heart print paper to hers then created a feather boa look with cotton balls. she spelled out her name and added a few hearts.

Posted by courtney {splendid actually} at 8:50 AM