a weekend of the back woods and mud

a getaway weekend... boy, aren't they nice? sometimes you don't even realize you need them until they're over and it's time to get back to the grind.

every year after Christmas my in-laws go down to the bottom of Tennessee to KJB's grandparents winter house. we didn't get to go this year due to us both starting new jobs, so when his parents decided to go for a weekend trip, we jumped at the chance. there isn't much to do there but hit up the three stores, have some BBQ, and roam around the bottoms, but the 14 hour car ride was still worth it. we got to visit with some family, soak up some sun, and get muddy. i could have taken less of that last one. 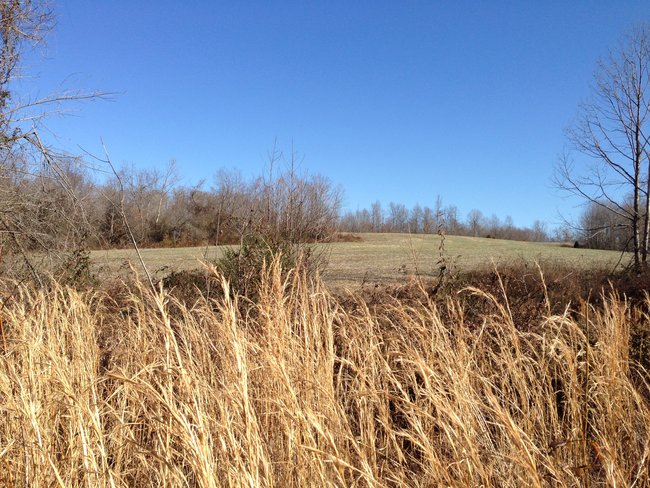 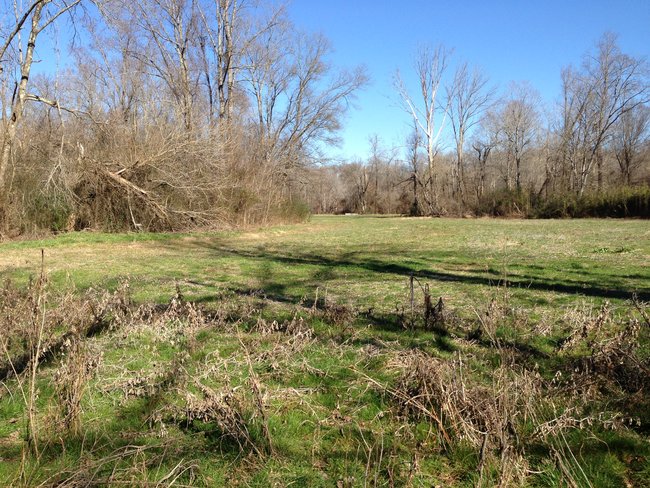 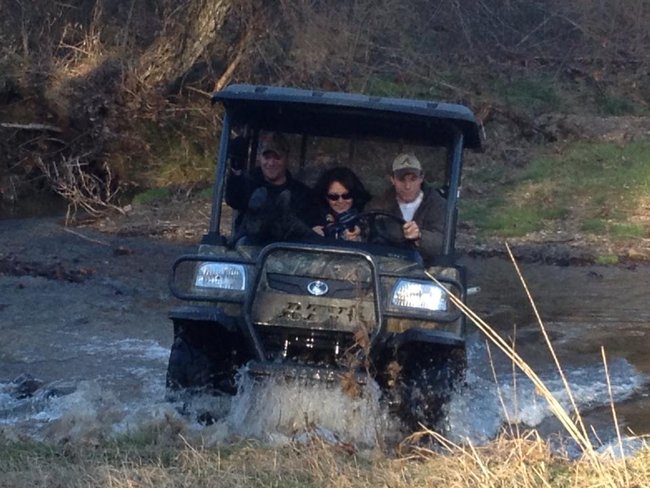 this photo my SIL took from the bank after Orry (driver) couldn't get the kubota out of the creek. KJB and I had been sitting in the back, SIL and MIL in the front. after a couple of attempts of trying to make it up the washed-away bank, he made it up enough to let them out so we could hop in the front. i was relieved because we had been holding on to the back for our dear lives while the kubota was at 70 degree angle.
Posted by courtney {splendid actually} at 8:22 AM