last week i made an about me page, and as i was adding links to easily direct people, i realized i have never shared a story about KJB and me. so i added that to my "list of things to blog about". then while tweeting that night with Hannah (aka @flutterbyhannah) she said she read my about page and discovered i was married! it made me realize that i really don't blog about the mister all that much, and since joining The Influence Network, where i've gained some new friends/followers, i written very little about him.

so, you get to meet him, in this post right here!

kyle and i became acquainted when our younger brothers played little league together, back in 2000. he was super annoying as most ninth grade boys were at the time. he was trying to impress another girl and apparently thought tormenting me was a good way to do it. i ignored him and forgot about him.

fast forward three years, to a rainy but warm night. it was our senior year and the night of the cross-town rival football game. a mutual friend decided to hook us up, not knowing we had met before. and when we discovered who each other was - our distaste for each other returned. he was still that immature boy, and i was still that snobby girl. since we had several mutual friends, we saw a lot of each other and eventually became friends. and even though we thought each other was weird, i ended up asking him to the Sadie Hawkins dance out of desperation. (ok, maybe not completely but kinda). later that year we each started dating other people and ended up double dating a lot - even to senior prom. 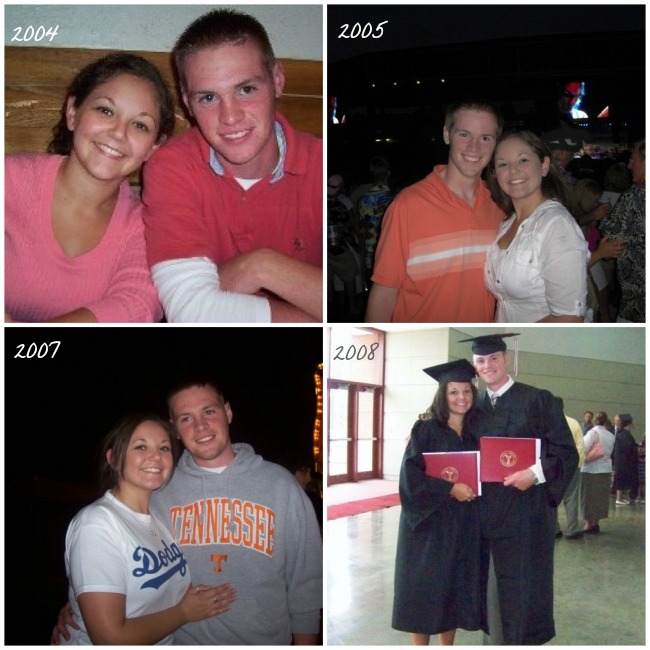 | our first photo together when we still didn't like each other, before i asked him to sadies | the fall before we started dating | campus carnival | graduation |

we start college together the next year and both ended the relationships we were in. kyle and i became closer. he lived in the dorms and i lived at home and so, shamelessly i used his room to crash sometimes after sorority parties. we got closer- to the point i would even consider him my best friend - even though we fought A LOT. and i don't just mean arguing: i would punch his arm and he would tackle me. it became comical to our friends. they knew we loved each other but we still had blinders on.

finally, during Christmas break of our sophomore year 2005, the blinders came off and we kissed. that kiss changed everything.

my college experience wouldn't have been the same without kyle. he brought me food and kept me company on long studio nights, and i  helped him spruce up his presentations. he was outgoing and loving and helped me come out of my shell. i was organized and helped him clean his room. i think that's the only reason he kept me around. 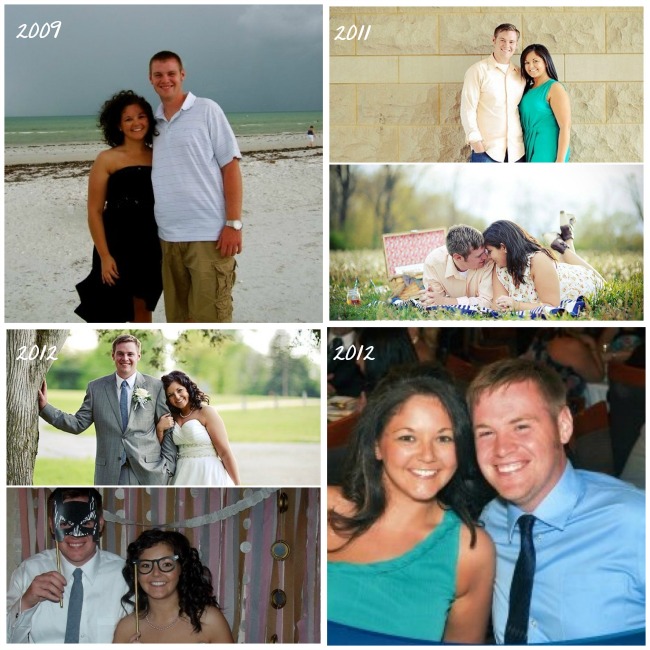 we graduated, got big kid jobs, and started life. i (im)patiently waited another two years for a proposal and it finally came in the fall of 2010. we got married in may 2012 and are living happily ever after.

i blogged a lot about our wedding and you can see some of those details here. since our wedding i've learned the kind of wife i want to be (here) and shared more of our life together (here).
Posted by courtney {splendid actually} at 6:00 AM