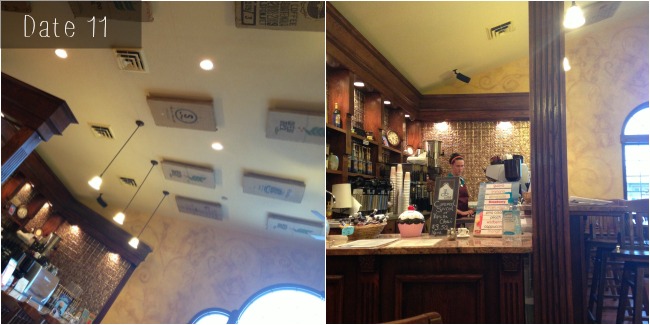 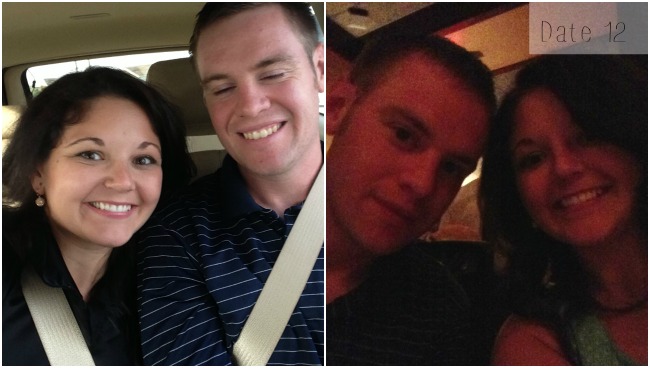 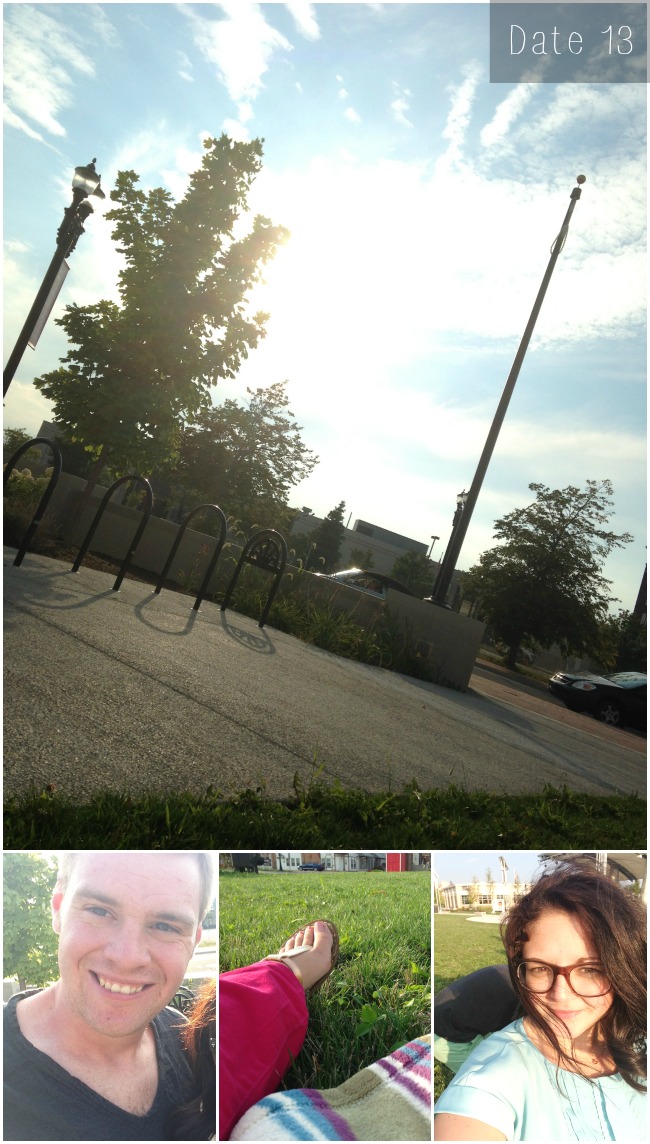 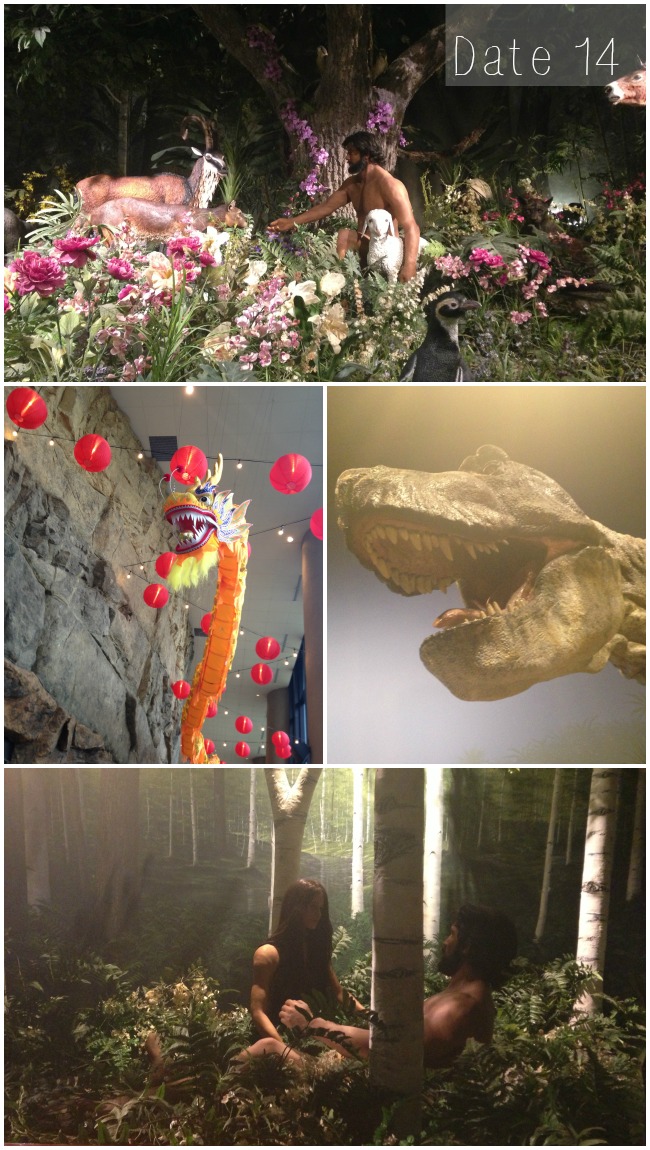 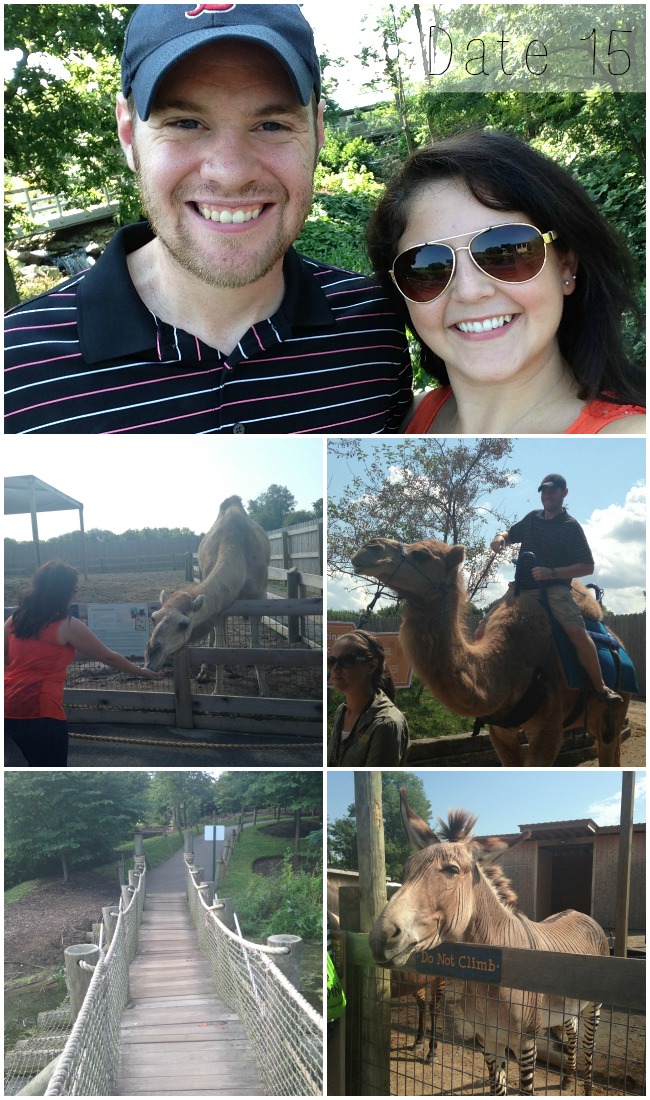 date 11 was a treat at a local coffee shop and bakery. we found ourselves there one evening and i just love the way they have this place decorated. the company wasn't too bad either :)

unfortunately, the next date wasn't easily photographed. I snapped the first one in the car and didn't realize KJB had his eyes closed. the one i took of us at the fancy restaurant is super dark as you can tell, as were the ones i took of our delicious food.

we had some really lovely weather and took the chance to lounge around the park. on a blanket spread out in the grass we had great conversation about God and His plans for us. dates like these are my favorite.

dates 14 & 15 were really fun. we took a mini roadtrip a couple hours south to visit the creation museum. the first day we walked through the museum, visualizing the bible in a really unique way. they also talked a lot about dinosaurs at the museum, and had an entire room dedicated to them. where do dinosaurs fit into the bible? they were created by God, just like all other beasts and creatures of the world. they climbed aboard the arc with Noah and lived through the great flood. eventually, like some other animals, they became extinct. pretty cool, huh?
the next day we explored the gardens and visited the petting zoo. i was super terrified but eventually i did feed a camel. let's not talk about the ridiculous 5 minute video KJB captured of my freakout attempt. and then he decided to ride it which was pretty cool.
Posted by courtney {splendid actually} at 5:00 AM