if there's anything i know balloons = party. as a kid the best part of birthday party's was running through the balloons thrown everywhere on the floor and waiting until the end when my dad would suck out some of the helium and sing "Follow the Yellow Brick Road". if you've never experienced anyone doing this... well, i'm sorry for you. let's just say anyone could be a munchkin extra with some helium. 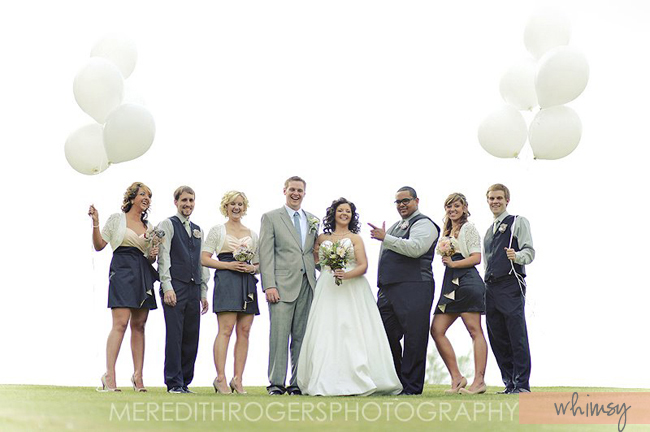 so since balloons = party, it was sumamente important to have them at our shindig. i purchased the balloons from balloons.com in white and took them to my local Party City for them to blow up. they only had regular size and 36" ones but i wanted lots-o-balloons, so 36" was too big. purchasing them from the WWW ended up being the most cost efficient way (about $1 each!). i received them in the mail about two weeks before the wedding, dropped off the 7 bouquets at Party City a week before (with some extras, just in case!), then picked them up the morning of the wedding. i had borrowed our 15 passenger van from work and it's a good thing because balloons take up a lot of space.
i love the look of balloon bouquets. after we used them in the photos we tied them to the banister outside the reception site. 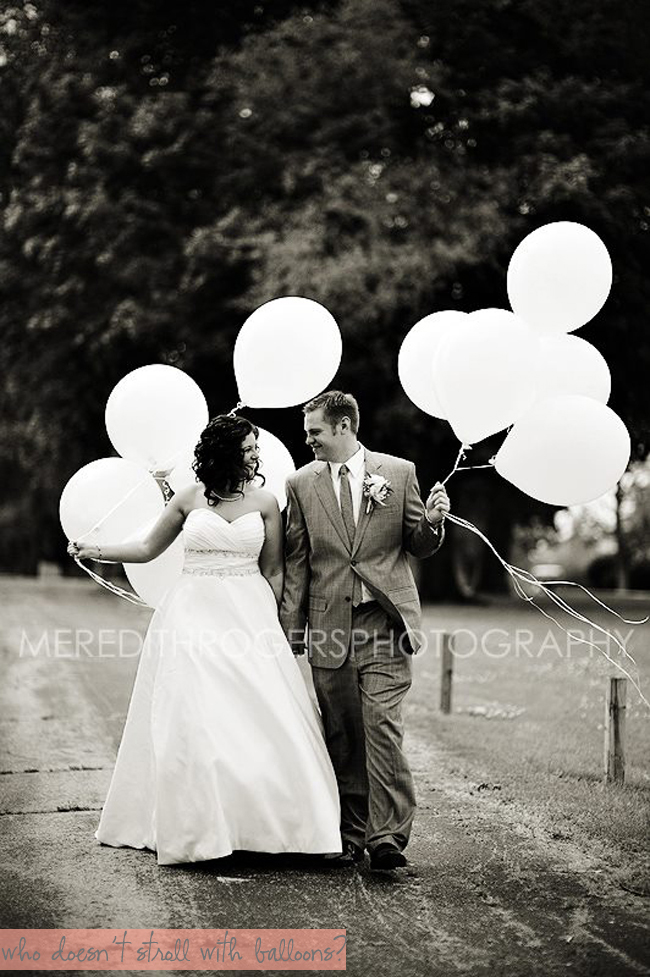 what do you think about balloons at weddings: a must? or a pass?
Posted by courtney {splendid actually} at 9:32 AM