it takes a village... and 5 months

We remodeled our bathroom.

And as the title suggests, it took nearly everyone we know helping and about 5 months of time. For what could win the award for "World's Smallest Bathroom," I would say it's pretty impressive that we took so long.

In case you're one of those show-me-the-pictures-and-forget-the-story kinds of people, feel free to scroll... 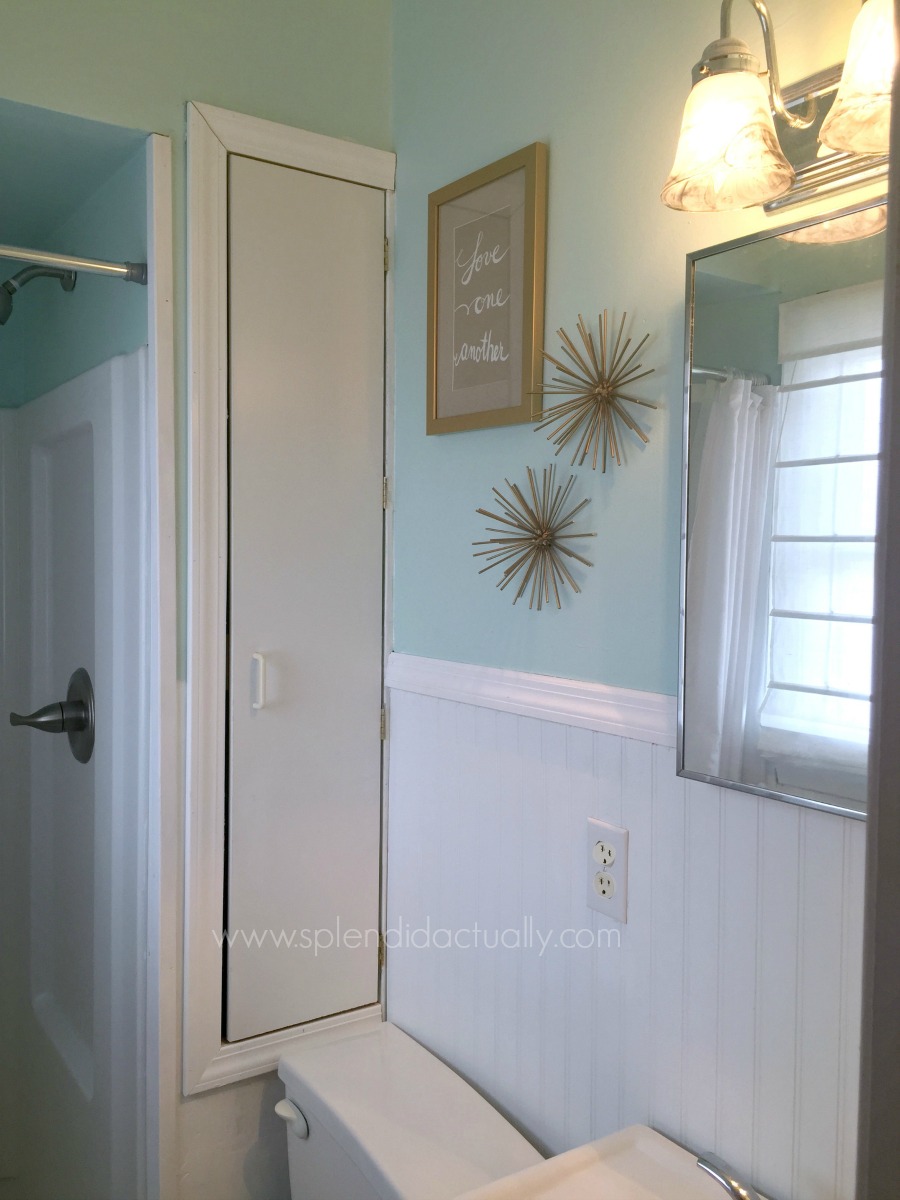 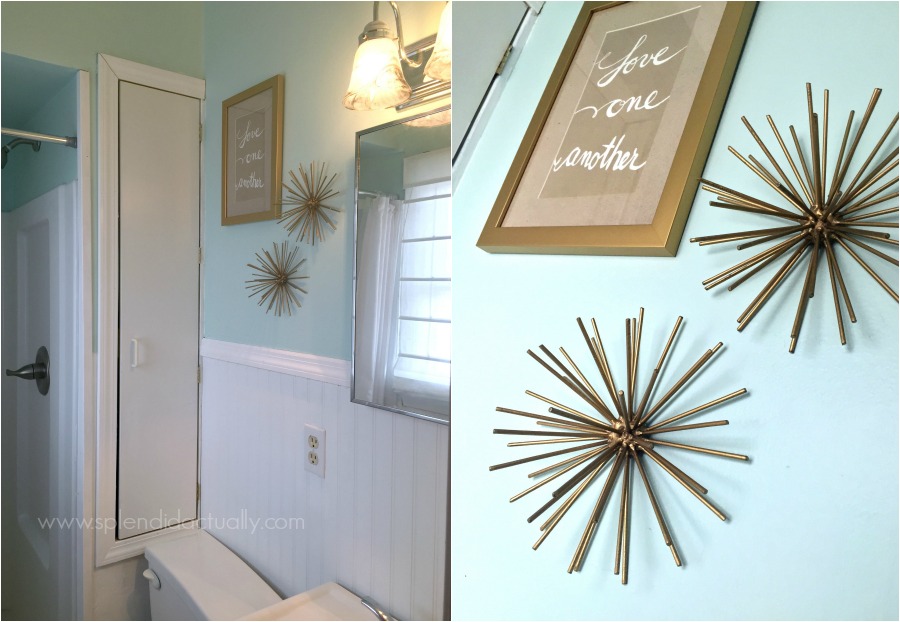 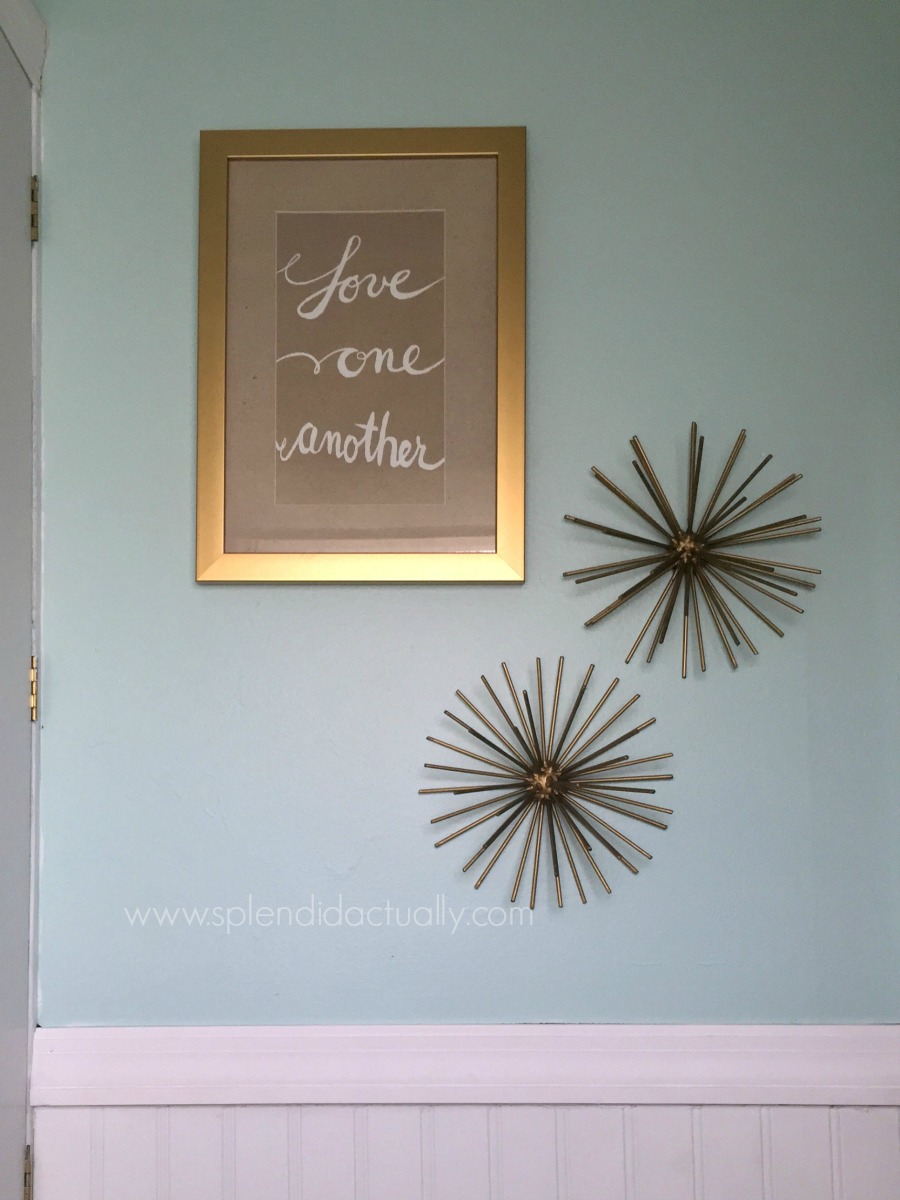 Please excuse my goofiness in that last photo; just felt like being ridiculous.

So last fall I decided to pull up the linoleum in our small bathroom and replace it with a vinyl tile. They had this pretty peel & stick tile at Lowes and I thought it would be a piece of cake to lay. KJB helped me pull the toilet and vanity base out of the room and I riped up the old floor. Immediately I knew there was a problem because the concrete subfloor was holding water and the underneath side of the old flooring was soaking. Pretending it was NBD, I set up a fan to let it dry for a day or so.

I was convinced our toilet was leaking so we went out and bought new hardware to make sure our toilet was secure. The floor dried out and I went on with laying the new tile. P.S. the most difficult thing ever. I thought my room was a straight, 90 degree corner rectangle, because why wouldn't it be?

Don't kid yourself, your walls are never straight. I had to cut so many slivers of tile to fit into all those slanted corners my hand nearly fell off. Please don't make me relive it. Despite the difficulty level, I still decided to replace the flooring in our larger bathroom as well, because I really liked the pattern on the vinyl tile. Unfortunately, when I pulled up the flooring in the other bathroom which is on the other side of the wall, we discovered more water. At this point I realized that our shower in the tiny bathroom had to be leaking inside the wall, allowing water to stand on the subfloor and soak into the walls. I also realized this would be a huge job.

Our existing shower had ceramic tile walls and a solid concrete shower base. The demo was quite an adventure to say the least but after a week we had the tile demo'd and the walls (which were covered in mold - ew) down to the studs.

We decided to go back with an acrylic surround for a few reasons. First, neither of us had ever laid tile before and doing an entire shower seemed a bit overwhelming. Secondly, the size of the shower makes it difficult to clean, so I wanted something really simple to wipe down the walls. Third, we needed to keep cost down since it was an unexpected project. After calling in a plumber to upgrade the 1950's pipes and valves to more standard hardware, we selected a white surround and had the plumber install it.

Then, all we had to do was finish the walls and floor. We hung drywall and installed a gray ceramic tile. I never knew how bad I was a sanding drywall mud until this project and I've learned it's not my forte. But if you're going to do a boring job, might as well wear a pink bow in your hair. 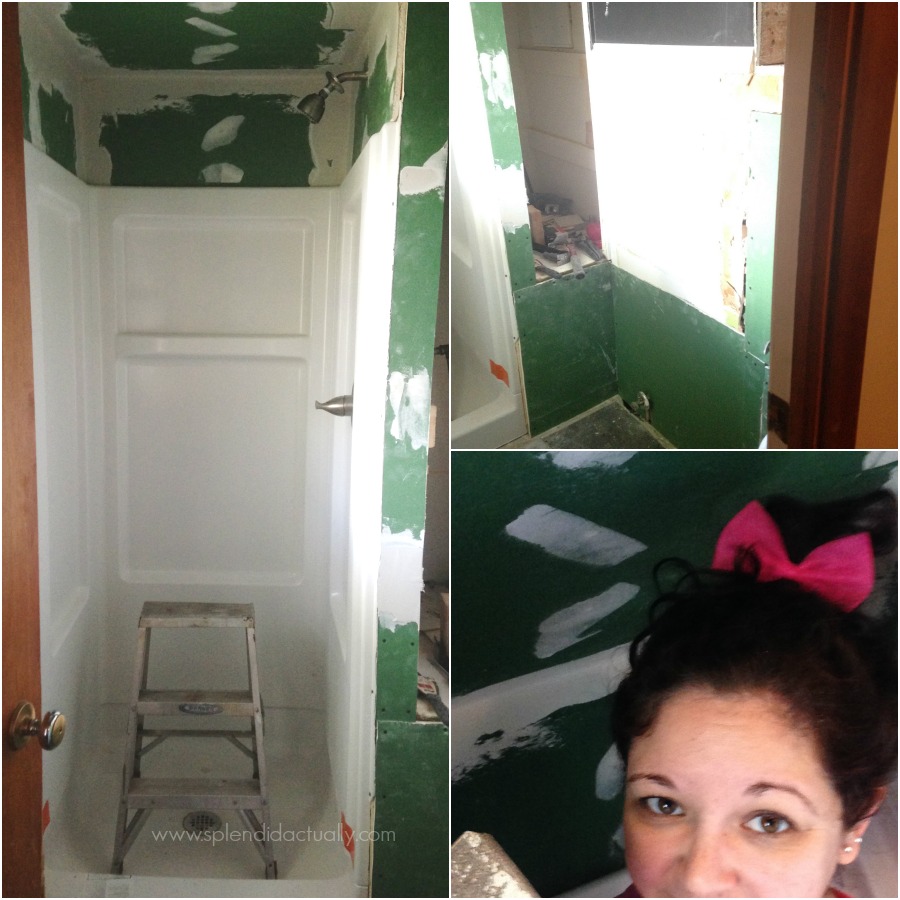 Because of our schedule, it took us about 4 months to get the sanding, trim work, and painting completed. The first part of the project only took about 2 weeks, but we ran into Christmas, New Years, and then our 8-week basketball league, which really takes all our time.

The first weekend after the league ended, my butt was in that tiny room painting and singing Red Hot Chili Peppers at the top of my lungs. Finally, I got it finished and decorated. I did go for a mix of gold and chrome because I think it's really easy to pull that off in a bathroom. Mixing metals is my favorite.

We had never done a project like this before and I'm so grateful for our family teaching us how to do things. DIY's are always made to look so easy, but if you've never done it before, you can find yourself really overwhelmed.

Posted by courtney {splendid actually} at 9:44 AM